A comparison between two cultural identities through distinct cultural elements creating a visual language that is cross-cultural. 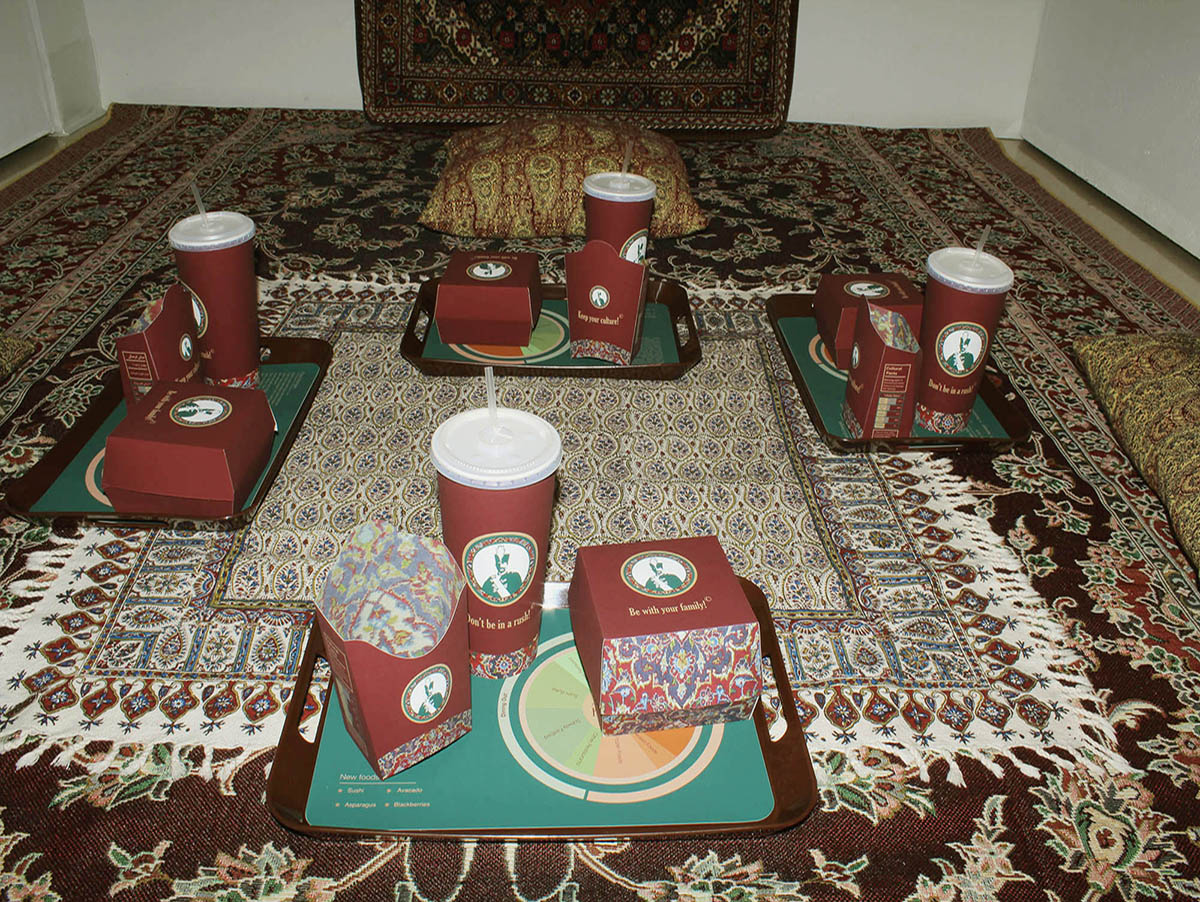 Defining culture includes the mention of customs, beliefs, values, etiquette, and behaviors as well as the artifacts and objects of a given society. Craftsmanship of artistic elements including rugs, table cloths, and pottery is a major part of any culture and is dependent on motifs and patterns and forms that have their roots in ancient art and civilization. Therefore, different cultures around the world have different historical elements that enable one culture to be visually distinguished from another. As an Iranian woman, I saw how my Middle Eastern culture is different from the Western culture of the United States. Since I have come to the United States, I visualized a comparison between these two cultural identities through distinct cultural elements to create a visual language that is cross-cultural. I utilized design tools and found visual elements in the different consumer systems, food habits, folks’ idioms, language, behavior, and etiquette in both cultures. In multiple areas, such as motion graphic, packaging, and logo design, video art, and image-making, I collected Persian motifs, traditional architecture, and language interaction to convey messages and translate my personal cultural differences. I am showing the role of graphic design and art in this cultural juxtaposition through different ways such as subvertisment, typography, motion typography, digital imaging, and video art.

I intend to use different techniques in exploring multiple areas of personal cultural value and utilize it as a tool to convey concepts. Furthermore, throughout the series of the works, I ask the viewer to be familiar with different aspects of Iranian culture. The visual elements I have executed represent the ancient traditions in contrast to contemporary and modern life, which can be shown as symbols of two different lifestyles.

The integration of artistic expression into current technological design methods. 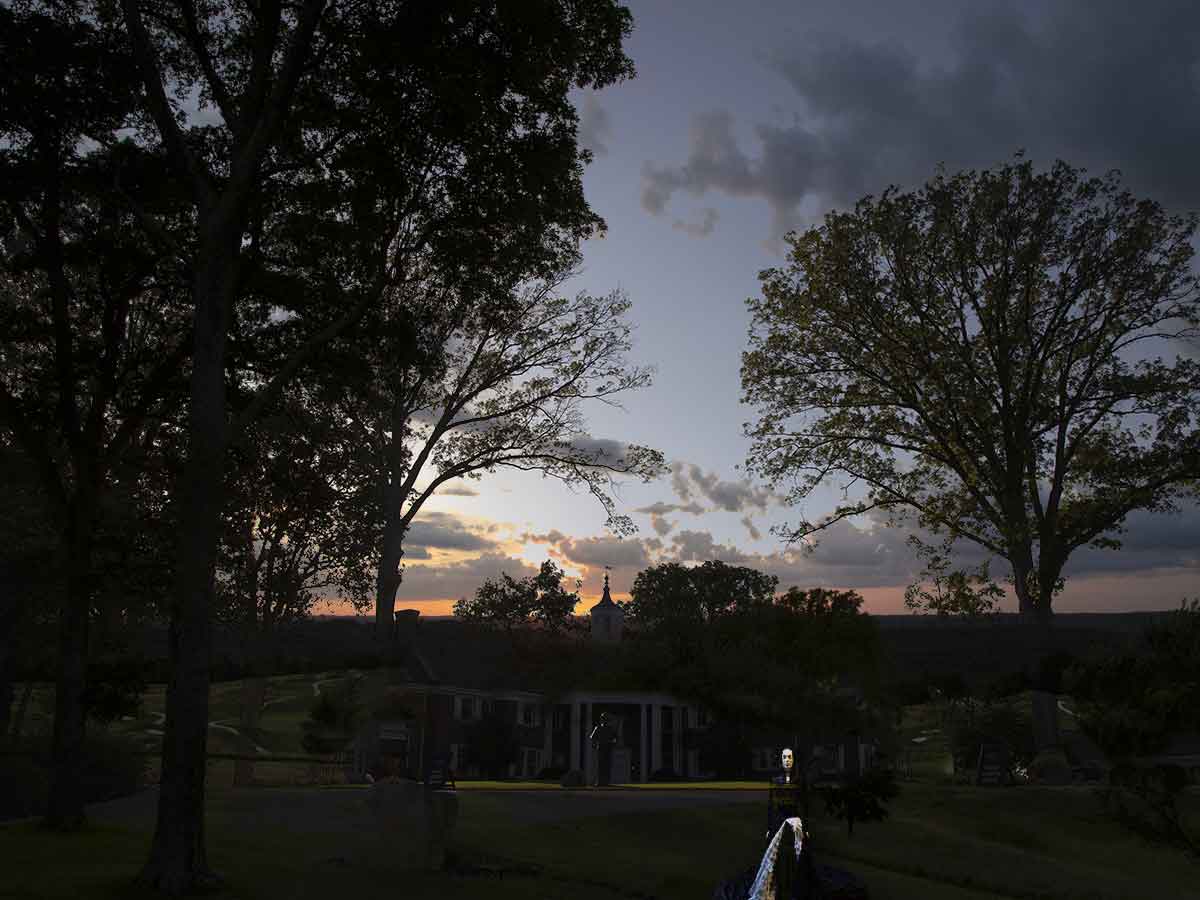 In our high-tech modern world, scientists and artists push the limits of fusion and innovation to create new avant-garde narratives, emerging formats, and technological platforms. Technology and medium are constantly evolving. The demand for better quality in new media, storytelling and medium continue to evolve. Examples of new media include artificial intelligence, augmented reality, data visualization, interactive media, human-computer interface, video games, and virtual reality. In order to create this new media, artists are required to use code, data, and algorithms.

Storytelling is not merely confined to spoken or written words. There are many ways by which a designer can tell a story. A designer can exploit cutting-edge advances in science and technology to tell a story with artistic influence. My interest is to integrate artistic expression into current technological design methods. This project will give a voice to ideas that touch and affect us on a daily basis, search for who we are, and relate to our environmental world around us. The result is to infuse art, technology, and culture in the context of a community or geographical location. The greatest work of art connects and engages with our senses, heart, soul, and mind.

We live in a complex world. The digital age provides us with many opportunities to rebuild and adapt to an ever-evolving continuum. Both art and science are forms of exploration. Designers explore innovative designs, and scientists find the answers. Both transform reality and innovation to push our expectations and imaginations. My vision is to bridge the gap between art and science to create the best 21st century design. I believe the fusion of art, science, and technology is transformative and revolutionary.

This paper explores the role of randomness in the design process using two examples for the field of art and architecture as illustrative examples: Jackson Pollock and Frank Gehry.  Both Pollock’s and Gehry’s work rely on the revelation of the process as the product.

Jackson Pollock is one of those art world figures that is frequently derided by the average person with a dismissive, “My kid could paint that.” Abstract Expressionism (the combination of the term “abstract” with “expressionism”, two vastly different artistic movements of the 20th century) defined a certain “automatism” of the process of the paint’s actual application, even defining Pollock in a certain sense as the “idiot savant” of the post-war American art scene; child’s play indeed.

Frank Gehry’s study models of torn paper and crumpled foil elicit similar decrees of child-like facileness from the same quarters.  But for all their apparent improvisation, a closer study reveals quite a different narrative.  Contemporary critics of the time, when not dismissing the work outright, were compelled to suggest edits and/or additions, the implication being that the works were somehow “disharmonious” in their present state and in need of adjustment.  But when the process is one that defies easy visual “completed-ness” in the traditional sense, the artist/architect maintains the final arbitration of that “completed-ness”.

The acknowledged acceptance of Polock’s and Gehry’s work as serious endeavors allows a certain liberation for experiment in design, outside of the pragmatics of functionality.  It is not to say that we now all have to “do a Gehry” in order to be “artists”, but we are now in a position to argue for more difference in approach, rather than any narrowly focused expectation of what a design project should look like.  In that respect, as designers, we now have the freedom to allow the process to be revealed and use randomness as a strategy, which enhance and elevate all design investigations.

By fostering cyberliteracy in the arts, educators and their students can examine the digital artifacts of our time and embrace a dialogue that addresses the profound effects that digital art, such as Internet artwork, is having on youth culture in formal and informal learning environments. This research, through a series of interviews with four adolescent participants who have grown up as digital natives, explores an enhanced focus on cyberliteracy in visual arts education, on both the part of students and educators. Four major themes are explored: cybermedia literacy in art education, adolescent Internet use, the emotional and psychosocial development of the adolescent, and online identity construction.