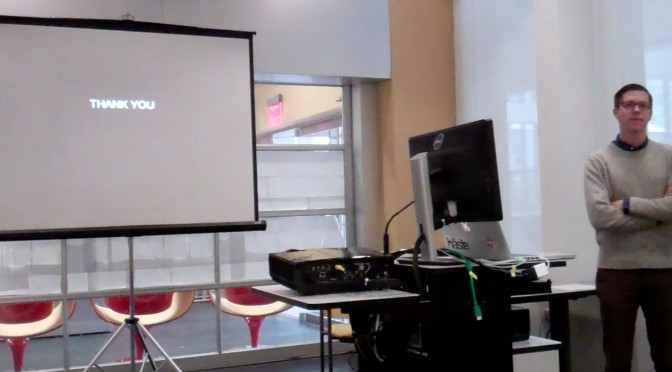 The  2014 winter colloquium will be held at Parsons, The New School. We invite all Communication Design researchers to submit abstracts for consideration by our panel of peers.

Please RSVP if you plan on attending.

The last decade has brought with it a fragmentation of the design field, where the work of the graphic designer is publicly being defined as limited to artifacts (magazines, posters, advertisements) while “new”fields of interaction design, digital product design, service design, and branding are distancing themselves as rapidly as possible. At the same time, schools have moved away from prioritizing concept and theory, emphasizing the teaching of skills instead, oftenblaming the demands of the technological marketplace.

The result has been a suite of technology-based skills courses that are tacked onto existing curricula, making many students’ transcripts read as comma-separated lists of various subfields without preparing them for the field they are graduating into.

This presentation demonstrates five ways faculty can incorporate the teaching of technology into the fundamentals of graphic design and carry them through into subsequent “non-technology” courses such as editorial design. The aim is to bring technology into concept, methodology, and theory, not just technique – then to bring those three things back into our programs.