In the classroom, design students who view documentary films such as Gary Hustwit’s “Helvetica” (2007), Douglas Wilson’s “Linotype” (2012), and Briar Levit’s “Graphic Means” learn about designers, the tools they use (or used), and the meaning behind their creations. Film viewings and class discussions offer perspectives for students to recognize the significance (or lack of significance) a designer and/or their design has in yesterday’s and today’s culture.

To understand and appreciate designers and their work in those films and others has merit, exposing students to relevant issues and influences. But what can design students learn from not only watching such documentaries, but also investigating the methods and principles used for creating them? In cinematic arts and filmmaking degree and certificate programs, film studies deliver a framework to appreciate and understand cinematic creations. It’s visual literacy for cinema, teaching film students to read and analyze movies in preparation for making their own movies.

Film studies and filmmaking could also enhance a design student’s skill set. How would identifying a researchable documentary topic teach students about design history and design research, as well as storytelling? Studying film is also a platform for criticism. What could design students learn from fictional cinematic works, investigating the ways designers have been represented as antagonists, protagonists, or mere set dressing? What would design students say about the stereotypical designer, as (sometimes negatively) represented in movies and on television?

“Towards an Understanding of Cinema’s Impact on Design Education” will present a motion picture and film study platform  for design education that includes documentary films and more. It aims to demonstrate how a class (or classes) could shape design students into more well-rounded creatives, perhaps the next generation of filmmakers. And it proposes ways to mold them into capable and responsible critics or historians.

My presentation will speak to the legacy of how the graphic design industry throughout history has reflected racism in mass communication, shaping the attitudes and behaviors of the general public.

Teaching graphic design students the racial impact of design is as important as instructing them in software or conceptual and visual form-making skills. Racial components are often overshadowed within socially conscious design, for example higher sustainability standards to decrease waste and pollution. If students learn how racism is experienced within mass media, they will gain greater sensitivity how their graphic work could perpetuate racial stereotypes.

My presentation will showcase how a higher sensitivity to racism provides a greater context for the way different cultures and communities around the globe can perceive the same visual messages differently. Students will also gain an in-depth sense of empathy and critical thinking, which can be applied to other aspects of their design skills, most notability through their use of UI/UX design principles as they design interfaces. Students need to have the same sensitivity to societal and cultural norms when designing content for the 21st century, no matter if it is print or digital media.

With the use of web 2.0 and social media, graphic designers can have worldwide audiences for their projects larger than what could have been possible before. Communities around the globe are becoming more diverse, which requires graphic designers to have the skills to recognize racism in all of its forms. By doing so, they will avoid provoking overt and subtle racism in the work they produce.

Graphic designers are no longer limited to promoting social causes in their work to evoke social change. Instead, they can be agents of social change by intentionally preventing racial stereotypes in mass media. 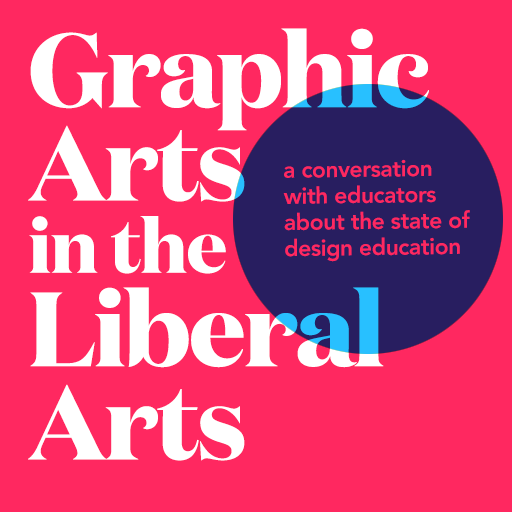 What challenges and obstacles do graphic design programs encounter today as they work to balance the multitude of critical thinking, and conceptual and technical skills needed to help students grow into thoughtful, adept and culturally aware design practitioners? How do programs housed in liberal arts institutions differ from those in art schools? We invite you to join educators in a conversation on the teaching of design in institutions with varied pedagogies and student communities.

“Eat Your Vegetables: Sneaking in Conceptual Thinking during Technical Instruction” is an experiential progression of graphic design projects that helps to introduce and refine the technical skills essential to professional practice. More important, it overlays other 21st century skills, adding pedagogical depth to the skill-building through an implicit layer of meaning-making, critical thinking, and abstract and symbolic thinking.

My introductory graphic design class is mandated to build the skills to communicate ideas and cover the essence of branding (a highly competitive game of attention-getting, recognition and trust), and the class is enriched by the addition of a critical thinking element. Students imagine, conceptualize, then filter and form allegiances to a random “theme word” assigned at the beginning of the semester. The challenge of deepening the development of this key word threads through 15 weeks of instruction, intersecting critical thinking with learning technical skills. This approach also allows the mimicking of a real-life designer/client relationship, using the theme word as a surrogate client. Students also learn and use tools for thinking in the curricular sequence, some borrowed from other domains such as the writing process of “word mapping”.

Attendees will learn, in this illustrated lecture, that the complexities of contemporary professional practice and the competitive global business context demand a critical and creative approach to foundational coursework––well-prepared hands, eyes, and minds.

This research was presented at the Design Incubation Colloquium 3.1: Kean University on Saturday, Oct 22, 2016.