By examining the role of the Olympics in different geographical and political contexts, I focus on how communication design becomes a vehicle for the promotion of new national identities and even new forms of citizenship. 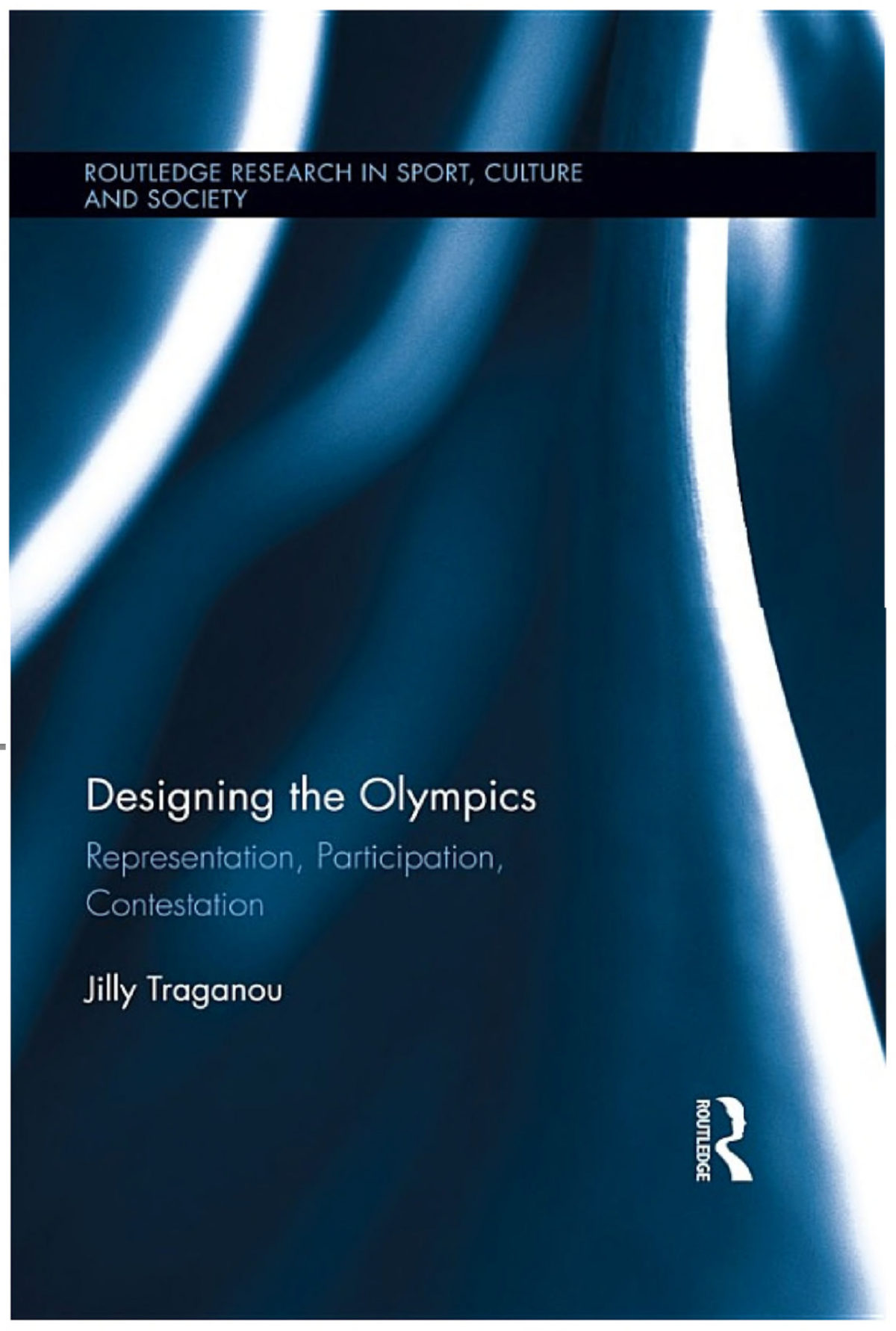 As a scholar interested in understanding space, I see acts of spatial representation as primary means of creating the realm of “spatial conception”—where communication design plays a key role expanding from place-marketing campaigns to unofficial and often subversive spatial imaginaries.

By examining the role of the Olympics in different geographical and political contexts, I focus on how communication design becomes a vehicle for the promotion of new national identities and even new forms of citizenship. My research proposes the term “Olympic design milieu” as a way of understanding the multiplicity of design generated by the Olympics—this includes officially created symbols and constructions that aim to facilitate the Olympics and induce civic pride, but it also incorporates unauthorized acts by political or civil society groups that question or oppose the Olympics.

The three chapters featured focus on three elements of the Olympic design milieu. Chapter 1, “Through the Lens of Graphic Design: Nationalism, Internationalism, and Universalism in the Tokyo 1964 Design Program,” reveals how the Tokyo 1964 graphic design program played an important role in re-articulating Japan’s postwar identity. The next chapter, “Not for a Nation, but for the People: London 2012 Brand Design as a New Paradigm of Olympic Design,” looks at Wolff Olins’ design as the first conscious effort of Olympic designers to induce public participation in the design process. This marked the expansion of the Olympic design operation from an exclusive affair (a sponsors-only right to Olympic properties) to a matter of engagement across society. Finally, the chapter titled “Opposing the Olympic City: Designerly Ways of Dissenting” demonstrates the potential of design to induce alternative forms of participatory citizenship by looking at materialized practices of Olympic opposition.

The accompanying film features Lance Wyman describing how his official Mexico 1968 Olympic designs convey a “sense of place.” Appropriating these official symbols, powerful subversions by the student movement of the same era show the blurring of the official and the unofficial, the authoritative and the subversive in the Mexico 1968 Olympic milieu.

Jilly Traganou was born in Athens and studied architecture at the Aristotle University of Thessaloniki. A scholarship from Japan’s Ministry of Education brought her to Japan in the early ‘90s and inspired her PhD work (University of Westminster) on the representation of space through travelling, resulting in the book The Tokaido Road: Traveling and Representation in Edo and Meiji Japan (Routledge 2003). Her interest in theorizing travel led to a co-edited volume with Miodrag Mitrasinovic titled Travel, Space, Architecture (Ashgate 2009).

Living in Athens in 2003-2004, Jilly experienced the making of an Olympic City and began new research into Olympic design. Her new book Designing the Olympics: Representation, Participation, Contestation was published this year. This summer, she continued her research in the Olympics as a Fulbright scholar in Brazil during the 2016 Games. Her work has been supported by the Bard Graduate Center, The Japan Foundation, The Seeger Center for Hellenic Studies at Princeton, Design History Society, and the Graham Foundation for Advanced Studies in the Fine Arts among others. She is an associate professor of spatial studies at Parsons School of Design, The New School.