Whether exploring meditations on a single theme, embracing new materials or studying the affects of repetition and reproduction, designer Chris St. Cyr’s work exploits both the familiar and the unknown. 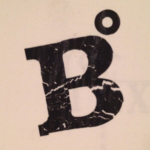 Make some thing. Somewhere between morning routines, client projects and preparing for a class there is time to create something… a small something. Over time, these creations may evolve into larger projects or they can remain a collection of random ideas waiting for connections to given them form. The trick is to think small— a two-minute sketch, a single bullet item, one typeface, one principle, two constraints, no command z, a page, or one post. 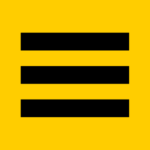 Over the past five years I’ve developed a series of small personal projects that continue to evolve and grow. Social media is part of the production process. It is used to start conversations and provides a place for my creations to exist on their own and to engage with a globally networked community. One project, an investigation of the efficiency of modular design systems and has evolved from building 3D Lego structures to using Lego block printing to create a system of robot symbols for use on T-shirts, stickers, and in augmented reality. In another project (perhaps a reaction against the Lego project) old rub down press type is used as a catalyst for the investigation of randomness, reaction, and flow. Here there is very little control and rubbing cracked letterforms onto sketchbook paper gives form to the compositions which are then scanned, manipulated and printed, all of which adds another layer of uncertainty to the outcome. 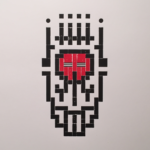 A third, and more recent project, is a meditation on the mobile menu symbol—affectionately known as the “Hamburger Menu.” More specifically it involves a series of motion design experiments that explore how three horizontal lines can transition into the shape of an “X.” As the projects have changed over time one thing remains consistent—they all started as a single small exploration of a design principle, material, tool or technique.

This research was presented at the Design Incubation Colloquium 3.0: Massachusetts College of Liberal Arts (MCLA) on Saturday, Sept 24, 2016.