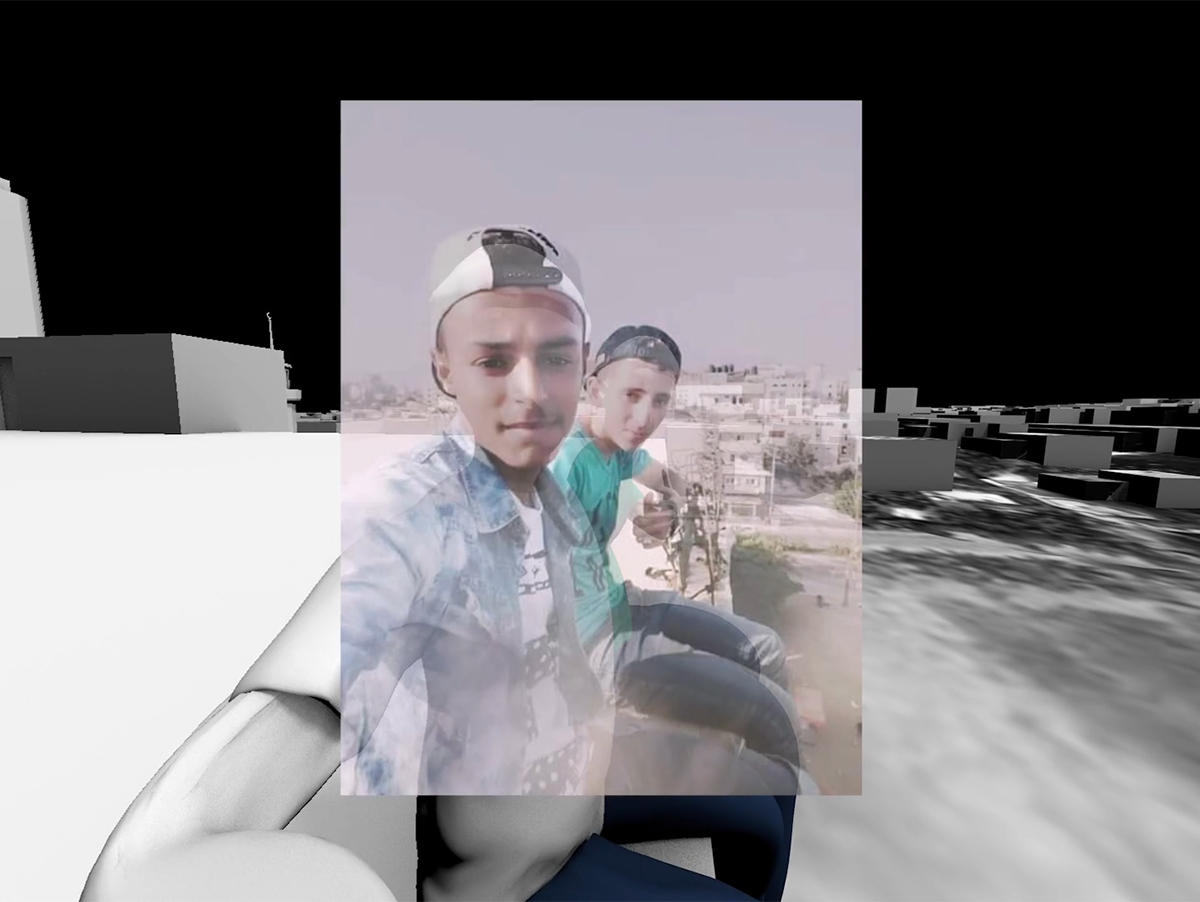 What kinds of images spark social change? What kinds of images demand justice? Since 2013, Berdugo has been researching in the video archives of B’Tselem, an Israeli human rights organization that distributes cameras to Palestinians living in the West Bank, East Jerusalem, and the Gaza Strip and gathers the footage. A camera is given to a Palestinian with the conviction that “seeing is believing,” or that visual recordings will cause change to the sociopolitical order. Yet, in recent years, citizen media have been elevated not as visual evidence in and of themselves, but as material for advanced “visual” or “forensic” investigations by firms like Forensic Architecture, Bellingcat, and New York Times Visual Investigations. Such investigations amalgamate numerous citizen-recorded videos to create a final, forensically abstracted result that “proves” a human rights violation occurred.

This talk studies the forensic visual investigations using B’Tselem video in Israel/Palestine from a design research perspective, and specifically interrogates the graphic representation of Palestinian bodies in such investigations. For instance, Forensic Architecture frequently abstracts and instrumentalizes the images of Palestinian bodies for the task of synchronizing videos. Such visual abstractions both homogenize and erase Palestinian bodies from view — two key tactics utilized by the Israeli occupation to discredit and dehumanize Palestinians at large. However, such forensic abstractions also support the Palestinian appeal to the concept of a “pre-social body”—a body that exists before gender, nationality, ethnicity, race, class, age, or other social categories have marked it—as a means of access to human rights. In sum, this talk asks whether forensically abstracted images demand justice more vehemently than raw media.

This talk draws from Berdugo’s new book, The Weaponized Camera In the Middle East (Bloombsury/I.B.Tauris, 2021), for which a proposal was originally developed at a Design Incubation Fellowship in 2018.

A town hall style panel discussion about design’s role in the Trump Era. Sponsored and hosted by AIGA/NY and Parsons.

A town hall style panel discussion about design’s role in the Trump Era. Sponsored and hosted by AIGA/NY and Parsons.

“Men and women do not want to move back, but the mark of youth has been branded in their heart. This is not their hometown, but with a deep nostalgia as well.”

As a unique specimen of Chinese urbanization, the villages “DaChong” and “GangXia” in Shenzhen, China represent a bridge between rural and urban. With the huge gap between disadvantageous groups and mainstream society, the existence of villages in the city created a buffer zone between low-income workers and the high cost of living. Unfortunately, in recent years because of ongoing urban renewal development, the villages have been razed and are now flat ground. Victims of high speed economic development, the villages of Shenzhen are disappearing, and because of their absence the names “DaChong” and “GangXia” are becoming as meaningless and vague. The multimedia installation “Villages in the City” incorporates vernacular typography used for signage with phrases like “ I LOVE YOU” and “I MISS YOU” to explore what should we learn and remember from these places.

The names “DaChong” and “GangXia”and shapes used to create their Chinese characters are data carriers as are the handwritten advertisements found on the walls of buildings. They provide with a wealth of living information about daily life in the most densely inhabited district in Shenzhen. Documentary photography, neon and stainless steel characters are used to create compositions, which reveal traces of the environment where immigrant working class citizens used to live. Text and imagery of messages from people for looking for or advertising jobs, information about selling Chinese herbal medicines, and telephone numbers of movers are combined with house numbers, street names, and the price tags from street foods to produce site-specific installations which serve as constructive links to former residents while recreating memories of village nights. “Villages in the City” is a memorial for the loss of history and an exploration aspect of village life that should be remembered.