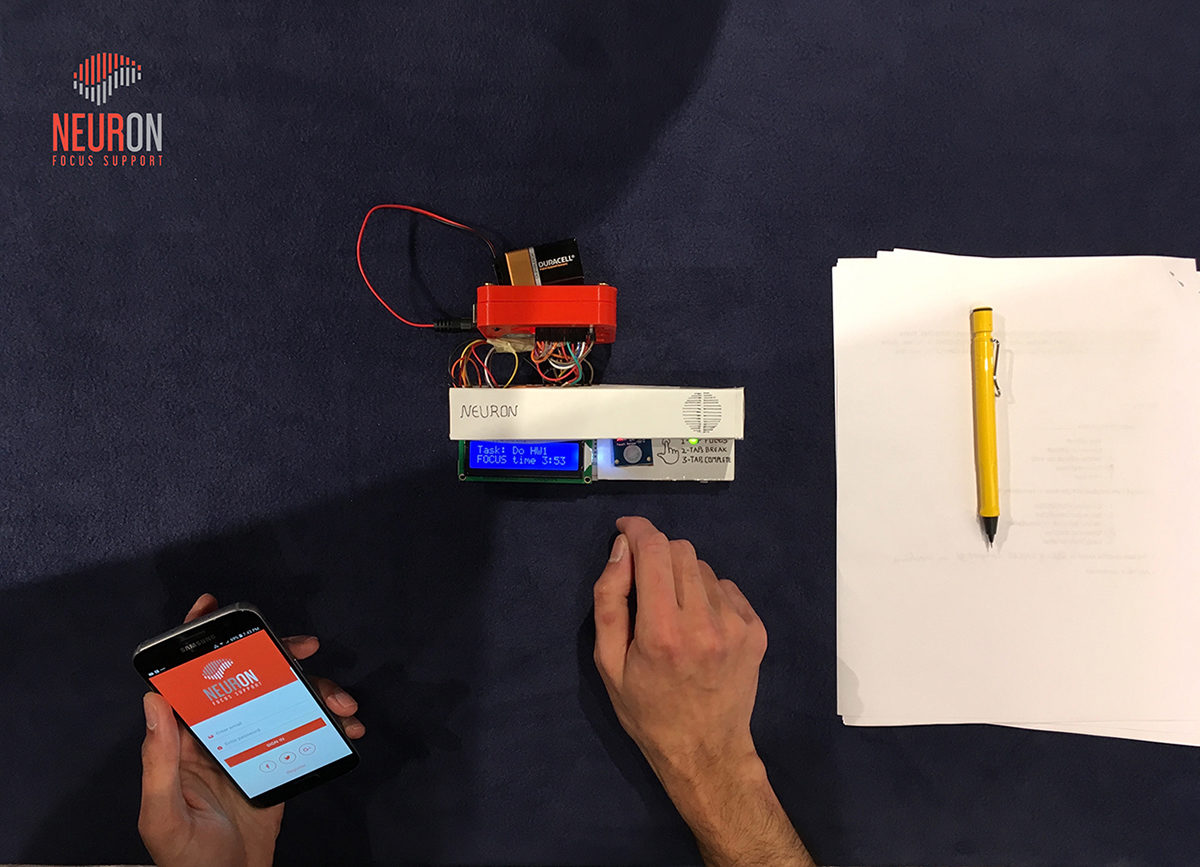 Initially inspired by people with attention-deficit disorders, this project seeks to assist people who often struggle to establish goals and accomplish tasks in a world that is continuously providing distractions. This project aims to eliminate distractions by providing users with goal-oriented task management service through a tangible product.

The underlying principles of the Pomodoro technique were the basis for the solution (Neuron). It utilizes a principle called timeboxing that helps the user focus on a single task. For many people, this eliminates the tendency to jump from one task to another and helps them to focus. To address this need, we came up with a conceptual prototype – a device built on the Arduino platform controlled by its companion code-based prototype (App) on a smartphone.

The project started with user research interviews followed by a survey. Our participants indicated their phones were the primary cause of distraction. Therefore, we decided to go beyond the App by utilizing multiple modalities; for example, visual, audio, and touch/haptic feedback through the device (Neuron). We ideated our product vision through storyboarding and sketching. The series of activities led us to build the code-based App and Arduino platform-based device conceptual prototypes.

The goal of this device is to help users eliminate distraction from their phones and help them achieve their tasks. The prototypes were tested with participants to uncover usability issues. The participants ignored the product demonstration/instruction guidelines on the LCD screen of the device at the beginning. Ignoring the guidance affected their struggle with adapting to the multi-tap interaction with the device. Further studies by observing participants in their real environments will determine the efficacy of our prototypes in eliminating distraction. 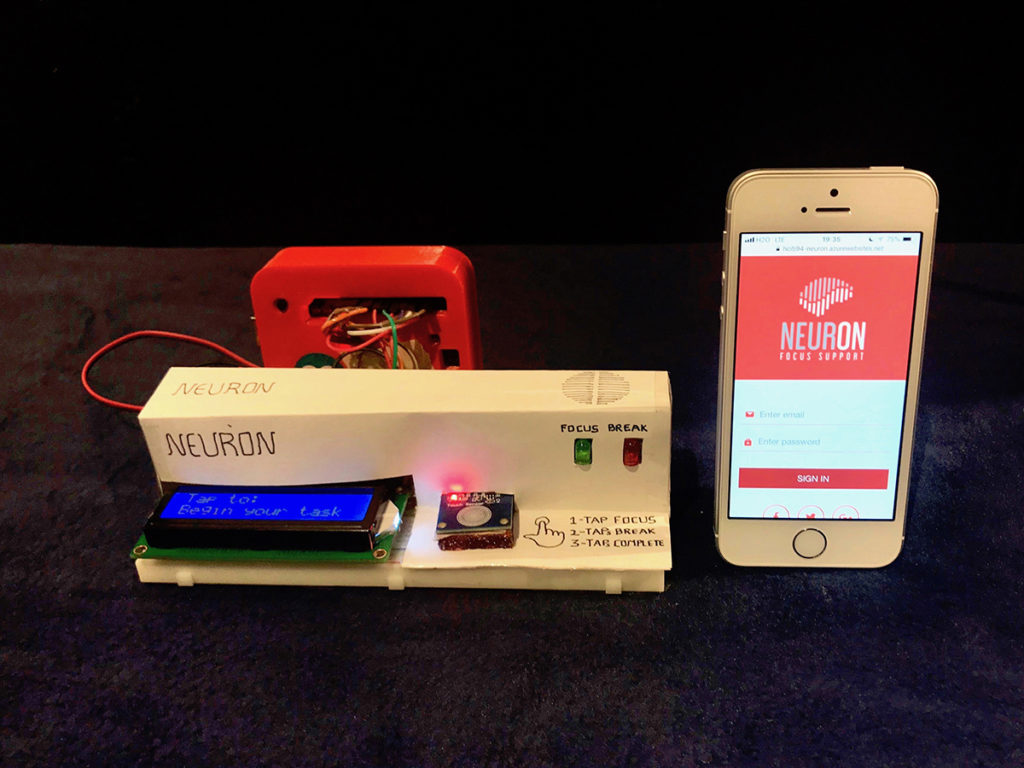