Finding new ways to inject creativity, typographic expression, and a sense of play into typography. 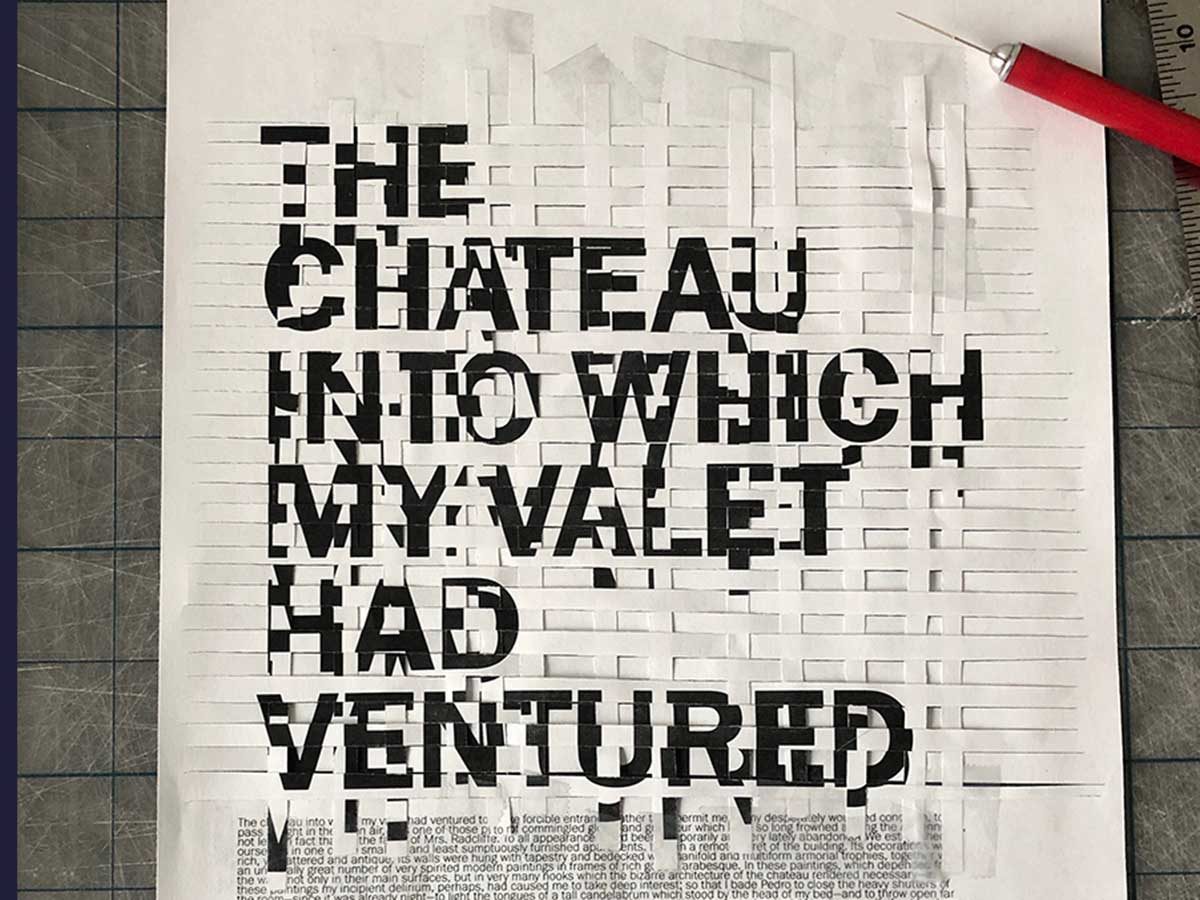 Communication and aesthetic resolution are primary considerations in solving design problems. Good, solid typography skills are critical for students, and for practicing designers. But once the typographic skills are honed, what’s next? This study takes a look at how we can inject more creativity, more typographic expression, and a sense of play into typography through analog and digital means, and how that might manifest creative growth.

Expressive forms of design and typography have gained favor at various points throughout design’s history, and two that struck a chord for this project include Futurist poems and Weingart’s typographic studies that intentionally sought rule-breaking. One of the propelling goals of this project was to find new ways to recontextualize typography—modifying letterforms—through physical slicing, cutting, rearranging, stabbing, altering and generally modifying portions of the text, whether it was taking cues from the written words or by analyzing an entire page. The idea of play is an overarching theme, as well as Robert Bjork’s “desirable difficulties”—more difficult tasks will slow down the learning process, but create better retention of the information.

Visual examples include interpretative typographic studies from students, as well as a series of personal studies based on Edgar Allen Poe’s The Oval Portrait. These examples explore typographic methodologies that follow traditional typographic hierarchies and communication goals, as well as designs that break rules, push creative norms, practice self-directed expression and explore personally motivated designs—with the simple goal of discovery and creative expression.