Insight into the prevailing beliefs of the early twentieth century 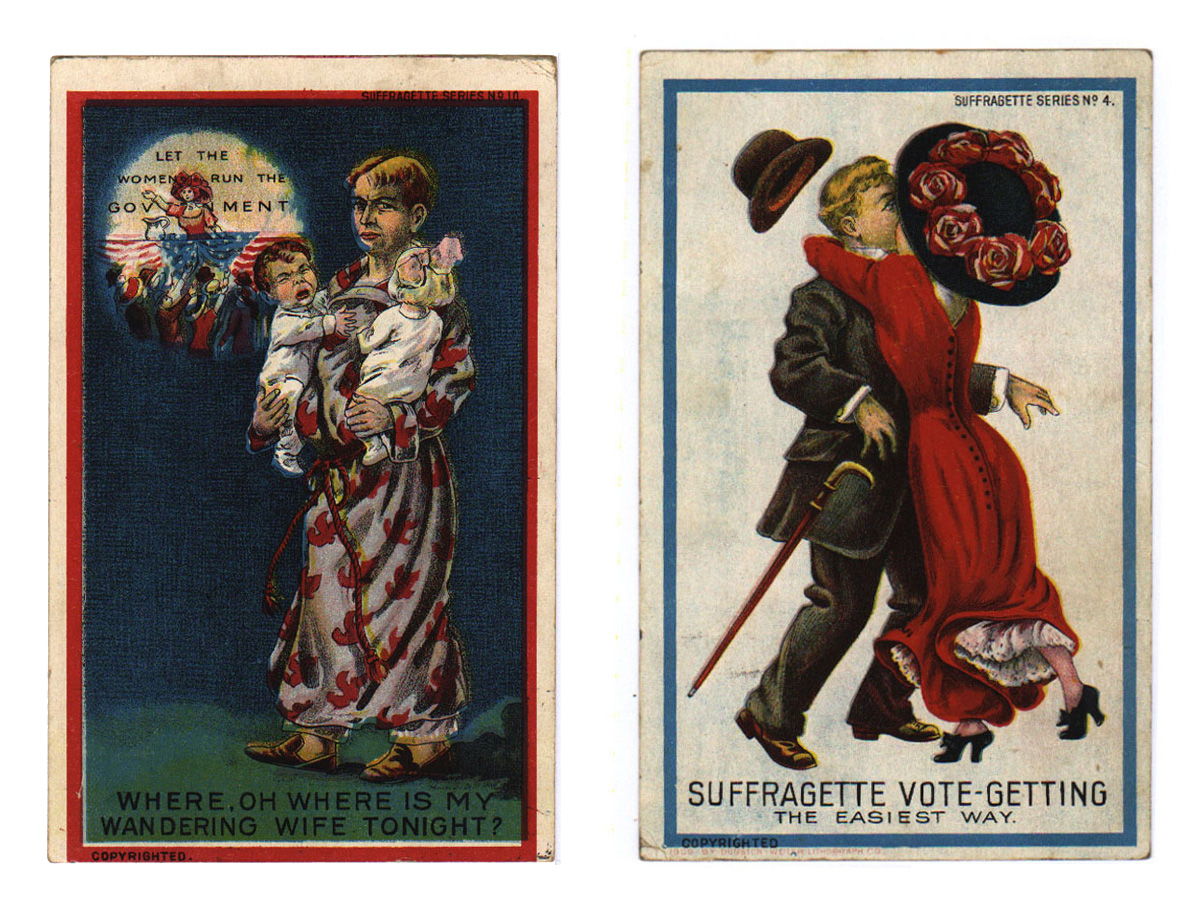 Archetypes have been used as a successful marketing tool for years as the “collective unconscious,” so the use of feminine archetypes on suffrage postcards at the turn of the century should not be surprising. Both pro and anti-suffrage cards visualize the conformity to, as well as the divergence from, the mother, the maiden, the lover and the huntress to further their cause. The social importance of postcards during this time can be compared to the power and proliferation of the modern-day meme on social media, as billions of private visual messages were made public. Today, memes are used as a cultural practice of belonging for conversation, community and identification.

As consumerism grew in America at the turn of the twentieth century, so did the need to communicate to sub-cultures within America. By studying the styles, methods and modalities of the illustration of women as feminine archetypes on suffrage postcards, we gain insight into the prevailing beliefs of the early twentieth century surrounding gender roles, sex and power, gender and nationalism, and how these postcards were used as agents of propaganda using feminine archetypes.

Context and an understanding of audience are integral to meme generation. By examining the use of feminine tropes and archetypes in memes as situational understanding, we can see how the power of the narrative has shifted. The female narrator can use gendered assumptions to further her message through the common experience with the messaging of a meme.

Building off of historical analysis, sub-cultural beliefs and motives can be contextualized to gain an understanding of the use of archetypal imagery and messaging present on suffrage postcards and memes. By comparing and contrasting the use of the feminine archetype on suffrage postcards and memes, we can see how the feminine ideal and experience are tools for message making.