Through the elimination of fear, women will be free to wander the darkened streets. 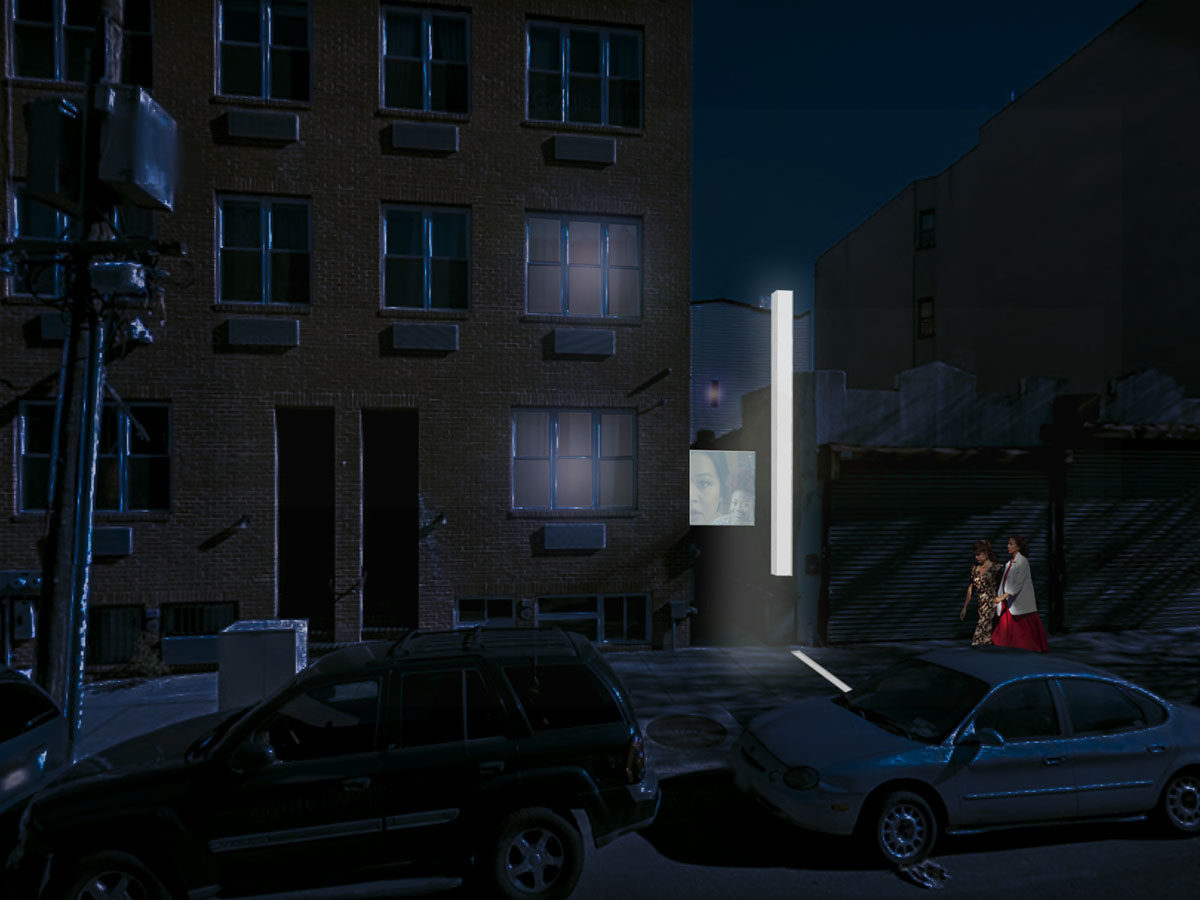 We women are especially supposed to be afraid of the night… For a woman to walk on the street at night is not only to risk abuse, but also…to ask for it. The woman who transgresses the boundaries of night is an outlaw who breaks an elementary rule of civilized behavior: a decent woman does not go out…at night….freedom of movement is a precondition for freedom of anything else…

Andrea Dworkin, “The Night and Danger”, 1979 from Letters From a War Zone

Purposeless walking at night in the city is particularly magical, opening up a portal into the present and connection to the urban environment.

How might we, using urban design strategies, create an intervention that will empower women to walk at night?

People in New York City, the city that never sleeps, walk through the streets at night purposefully for many reasons; whether walking home after partying, or after work as a nurse, doctor, store clerk, bartender, streetwalker, or taxi driver. Even they, perhaps, can lose themselves, even briefly, in the otherworldly aura of the city at night.

Through the elimination of fear, women will be free to wander the darkened streets. The power to perform this defiant act will come from other women; connected through this intervention.