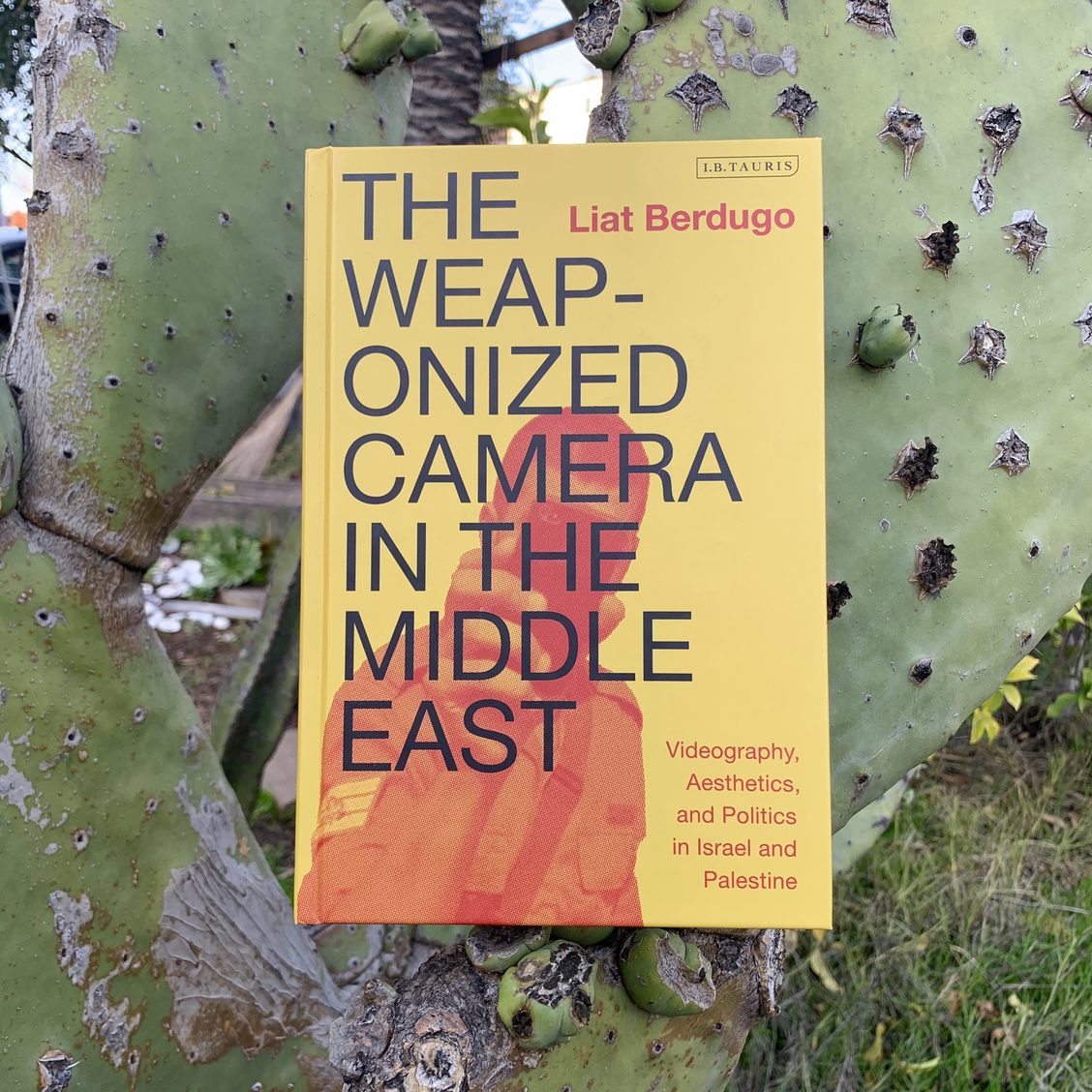 Please join us in welcoming Liat Berdugo in her role as a fellowship facilitator for the 2021 Design Incubation Fellowship. As a Design Incubation Fellow in 2018, Liat worked on a proposal for her recently published book The Weaponized Camera in the Middle East (Bloomsbury/I.B.Tauris, 2021). Liat brings experience as both a public and academic scholar and has published widely in journals, magazines and other venues. During the 2021 Fellowship, Liat will work with participants who are working on writing and publishing articles.

Liat Berdugo is an assistant professor of Art + Architecture at the University of San Francisco where she investigates embodiment, labor, and militarization in relation to capitalism, technological utopianism, and the Middle East. Her writing appears in Rhizome, Temporary Art Review, Real Life, Places, and The Institute for Network Cultures, among others. Bergudo’s latest book is The Weaponized Camera in the Middle East (Bloomsbury/I.B.Tauris, 2021). She is one half of the art collective, Anxious to Make, and is the co-founder of the Living Room Light Exchange, a monthly new media art series.

More on The Weaponized Camera in the Middle East

Drawing on unprecedented access to the video archives of B’Tselem, an Israeli NGO that distributes cameras to Palestinians living in the West Bank, East Jerusalem, and the Gaza Strip, Liat Berdugo lays out an argument for a visual studies approach to videographic evidence in Israel/Palestine. Using video stills as core material, it discusses the politics of videographic evidence in Israel/Palestine by demonstrating that the conflict is one that has produced an inequality of visual rights. The book highlights visual surveillance and counter-surveillance at the citizen level, how Palestinians originally filmed to “shoot back” at Israelis, who were armed with shooting power via weapons as the occupying force. It also traces how Israeli private citizens began filming back at Palestinians with their own cameras, including personal cell phone cameras, thus creating a simultaneous, echoing counter-surveillance.

Complicating the notion that visual evidence alone can secure justice, the Weaponized Camera in The Middle East asks how what is seen, but also who is seeing, affects how conflicts are visually recorded. Drawing on over 5,000 hours of footage, only a fraction of which is easily accessible to the public domain, this book offers a unique perspective on the strategies and battlegrounds of the Israel/Palestine conflict. More information about Berdugo’s work can be found at www.liatberdugo.com